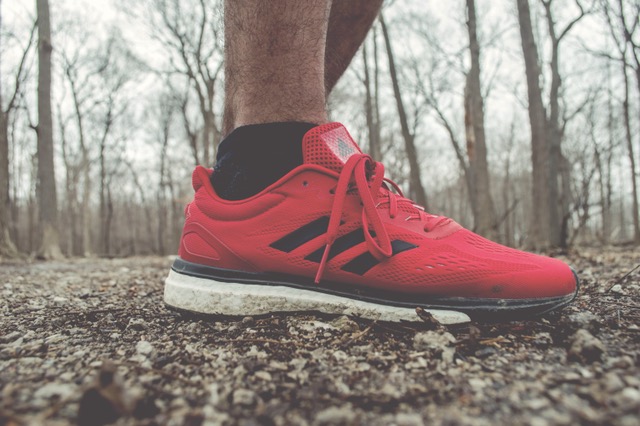 I love to run. For me, it is exercise, solitude, soul care, prayer time, thinking time, learning time, me time, all rolled into an hour or so, three times a week. Like many runners, I’m also incredibly goal oriented, so I sign up for half marathons several times a year. And I have a long term goal of running a half in all 50 states. I like to say that I don’t pay gym fees, I pay race fees. (Are runners goal oriented or are goal oriented people drawn to running?) Recently, I found myself in a race hole. One race ended without another one on the books anytime soon. Through it, I learned some important lessons about having ongoing maintenance goals as well as big deadline goals and it’s having an impact on my pastoral work life as well.

For the longest time, when I talked about my running habits I described them this way: Two 5 mile runs during the week, one longer run on the weekend to get me prepared for my next half marathon. The problem was that if I had more than three months to go until my next half, my training slowed down to two runs, or even one run a week. Why? I had no big deadline goal driving my training. It was just too easy to slack off on a busy week, or a hot week, or a travel week, or a . . . you get the point. I needed to reevaluate my goals. I did so, while on a run.
Question: What did I want to do when I had no half marathon race scheduled?
Answer: Have three good runs a week.
Question: Why was I not doing that if it’s what I wanted to do?
Answer: I defined “a good run” as 5+ miles on my beloved Clay Trail located just a couple miles from my house. This took a little more planning, time and effort. Running just 2-4 miles didn’t equate to a real run in my mind. So I’d skip it altogether if I couldn’t have a “good run”.
Question: Could I be OK with not running three times a week?
Answer: No, I really couldn’t.
Question: Well then, could I redefine “good run”?
Answer: I could certainly try.
I decided that simply lacing up the shoes and squeezing in a quick run three times a week was going to be the new ongoing maintenance goal for those times in between half marathon training  (the big deadline goals). I started with a goal of three times a week, every week for a month. Then, I just kept it going from there. I decided to be OK with a two or three mile run if that’s all the schedule allowed for. I decided to do those really short runs by just walking out the front door and running in my neighborhood and main road, rather than insisting on driving the extra 2.5 miles to the preferable Clay Trail with it’s rolling hills of grass and orange trees, tranquil solitude and sounds of nature. I started saving that for the mornings when I’ve got time to commit and still get to my first meeting on schedule. Differentiating between big training goals and ongoing maintenance goals has given me the freedom I needed to keep the frequency of exercise consistent while varying the overall length of it.
The application to work life should be obvious, especially if project management is a big part of your job like it is for me as an Executive Pastor. My time is split pretty evenly between big projects (currently, I’m in the middle of a 78,000 sq. foot building project) and ongoing work (leading the staff, general oversight, misc. leadership duties). Occasionally I find myself in a project hole, like I did last year when said building project stalled out before it started due to a problem with our bank. In that case, I eventually shifted gears to a different back burner project, until the building project restarted, but for a little while I simply was less productive. There is no other way to say it. I see another project hole coming for me in late fall of this year and I’m already thinking through what my ongoing maintenance goals will look like in that 8-10 week period. I might get caught up on some learning and research that will make me better at what I do. I might double down on staff coaching for a season. I might put extra time into researching my third book. I don’t really know yet, but I do know this . . . there will be a goal, even if it is small in comparison to building projects and half marathons.
goals
June 26, 2017by Phil Taylor