If You Value Your Team, You’ll Stop Doing This

Have you heard about the new app that is just killing it? It’s called Sarahah and it has quickly risen to the new #1 app in the Apple App Store.

It’s marketing push is simple: “Get honest feedback from your coworkers and friends.”

Created by Saudi Arabian developer Zain al-Abidin Tawfiq, this social networking app allows people to leave anonymous feedback for others. Sarahah is an Arabic word meaning “frankness” or “honesty” and was designed to “help employees provide unfiltered feedback to their employers.”

Have you ever worked for someone where you just did not feel the freedom to be open and straightforward? And you wanted to provide feedback but felt like it would be taken the wrong way and reflect poorly on you? Well now here is your opportunity.

This newer app has 14 million registered users and is getting more than 20 million unique visitors per day between traffic on the app and the website. That is C-R-A-Z-Y.

Those statistics speak two important insights to me: 1) leaders are generally not creating environments where those they lead feel the freedom to communicate with honesty and transparency, and/or 2) people hate conflict and would rather live in the shadows of anonymity rather than deal with the stress of confrontation.

You can feel free to push back on this, but the very notion of this app only speaks to our dysfunctionality and not a remedy for opening the doors for more constructive feedback.

I have to own it

As a leader, I have to absolutely own the type of culture I create with those I lead. I cannot push this responsibility down to those following. I must carefully and thoughtfully shape the environment so that my actions and words are saying, “I value you and care about you. I empathize with your frustration or concern and do not have all the answers. But I am first and foremost about your success.”

So if I must own the culture that I create, what type of culture am I shaping and developing? Do I get defensive when a flaw is pointed out? Do I deflect blame? Do I speak more than listen? Do I have a quick answer for why a certain process is failing?

Then you might as well use anonymous feedback, because no one around you is going to want to attach their concerns or frustrations with a name.

But, if you want to generate a synergy among your team, I would encourage you to foster a culture where people are comfortable and free to connect their name to their thoughts. Face-to-face, or at minimum, voice-to-voice.

What is lacking with anonymous feedback

Here are four reasons why anonymous feedback should be avoided. Completely.

1) Anonymous feedback does not provide context

Context is king. When speaking with a person, I get the surrounding elements for why they might be frustrated with me, a new process, or with another employee. And in acquiring full details, I am then able to pose a specific solution to a specific problem based on the context of the feedback.

Someone I lead may not have all of the information as to why a decision was made. In talking directly with them, I am able to reframe their thinking based on what is as opposed to their own perception. Otherwise, with anonymous feedback, the frustrated employee only “feels better” if they see proof of change that also changes their perception. Two potential bulls eyes when there should be only one.

3) Anonymous feedback does not lead to relational capital

When I create a culture where someone feels confidence in approaching me over a tense situation – even if it is with me, it affords me the opportunity to make things right with that person. Humility and repentance go a long way in building a trusting relationship. Anonymous feedback takes “relationship” out of the equation and makes concerns or offenses merely “objects” that are handled instead of relationships that are nurtured.

I know from my own brokenness that my own flesh is much more likely to spew when there is a lack of accountability attached to the situation. Ever talked about someone and said things to another that you would not say to the person who is being talked about? Me too.

Accountability is a needful element of good leadership and anonymous feedback removes that guardrail altogether.

Leadership is a valuable commodity in my eyes. It has no monetary value, but you cannot put a price on it. And if those I lead do not feel the freedom to tell me something is not working right (including myself), then I have completely missed an opportunity to build trust and nurture a relationship with that individual. 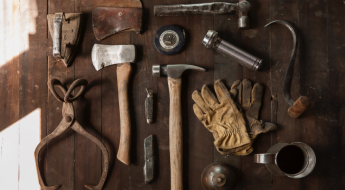 What Type of Executive Pastor Are You? 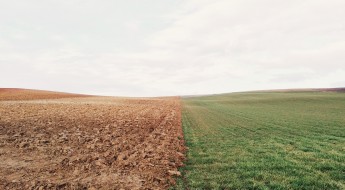 The Four Phases Of A Generosity Initiative