I’m kind of an organized guy. I might be a little obsessed. I don’t have a problem though. I can stop anytime I want to. Really.      To me, knowing what you need to get done in a day, or a week, or a month, is really important. So I use a list app called Wunderlist. Let me tell you what I’ve found works for me.

I tried to use my iphone 3, but it was honestly slower than paper. Plus, paper had the added benefit of getting to cross off completed tasks in a most satisfactory manner. Then, I got an iphone 5, and my world opened up.

But here’s the problem. Have you ever typed in the word “list” in the App store? It’s dizzying to see how many options are out there ranging in cost from free to nearly $100 dollars. I took an afternoon and downloaded a bunch of them. Any.do was nice, as was Things. I looked at a lot of them, and tried out several of them. Many of the list apps decide for you what your categories are, such as “groceries”, “home”, “work”, etc.  I didn’t need that.  I really just wanted to be able to keep my same system of “Week Ending ________” lists, but upgrade to an electronic form. I also wanted to be able to easily shift an item from one week to the next. Most of all though, I wanted to be able to have the same list app on my phone, tablet and computer . . . and have it sync up quickly. And I didn’t want to have a bunch of screens to click through to get where I wanted to be. It had to be quick.

I finally settled on Wunderlist, because it did all of this well. I’ve now been on it for two years and I love it.

I continue to use my “Week Ending _______” format going two-three months out with Weekly lists. Additionally, I have a general inbox, and several other lists that I’ve found helpful such as “books on loan” and “books to read” and “connect with LP on” so that I know what I need to connect with our Lead Pastor on in our weekly meetings.

There are lots of features I don’t use. There are sharing opportunities with other staff. You can pay for unlimited use of certain features. But I just use the basic app. It was actually free for my devices (macbook, iphone, ipad).

Check it out in the I-Tunes store. I hope you find it as helpful as I do! 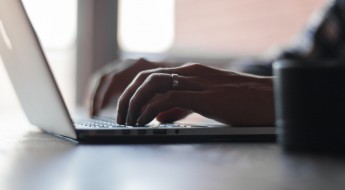 « Previous post
Should You Hire A Staff Search Firm For Your Key Positions? Four things to consider.
Next post »
Should Your Church Hire A Generosity Campaign Company?

My name is Phil. I am the Executive Pastor of Leadership and Development at Mosaic Church in west Orlando, FL where I live with my wife and three kids. I'm into running and kayaking.

My name is Gabriel. I am the Pastor of Discipleship and Mission at Mosaic, a muliti-site church in West Orlando, FL. My wife and and I are passionate about serving our city and changing our world.